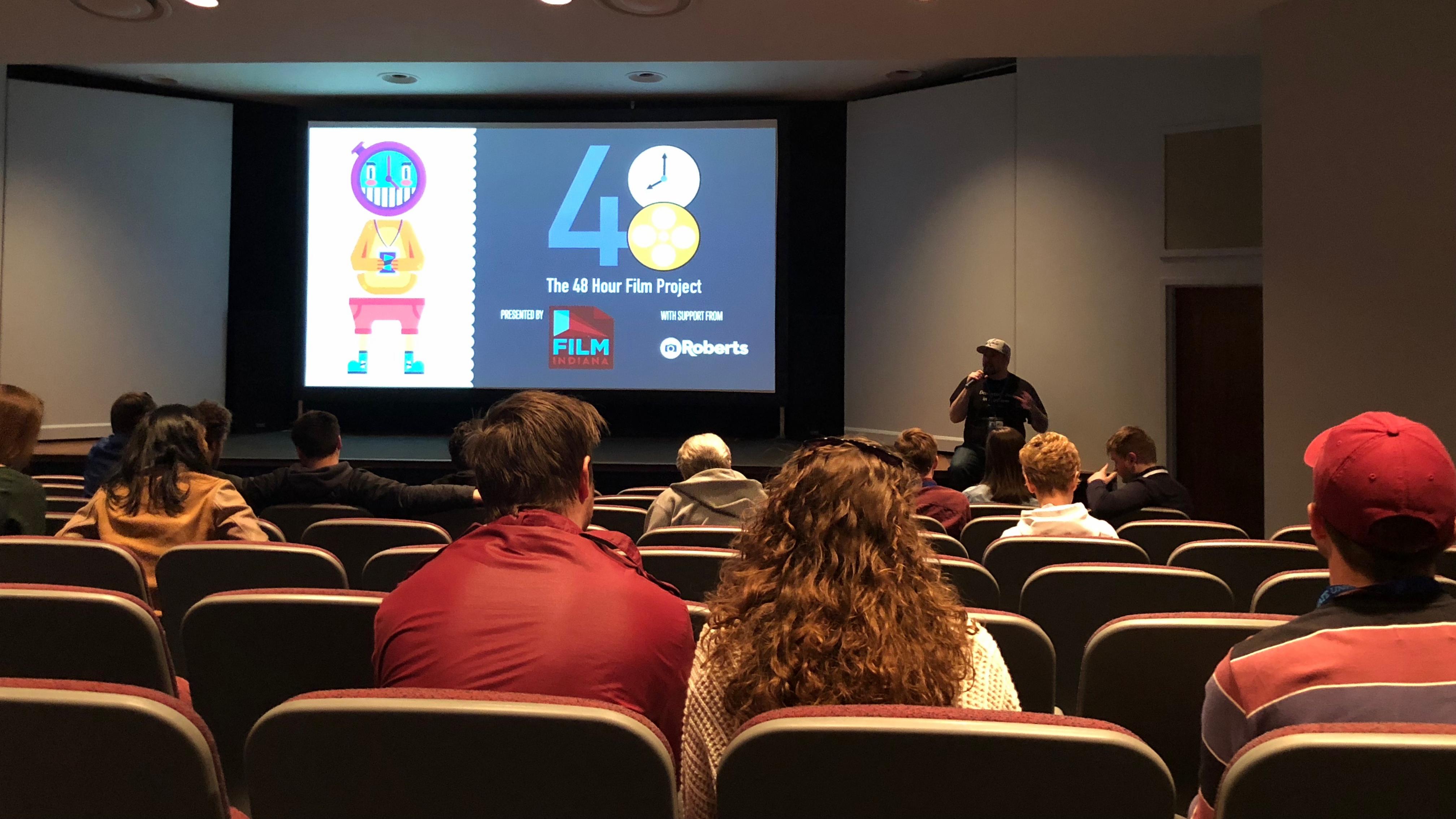 The Indy Film Fest is well underway and filmmakers from all over the world have come to participate.

Saturday night held the opportunity for these talented people to gather in one room and discuss their stories, triumphs, and lessons learned throughout their filmmaking careers. Over a dozen filmmaking teams attended the event and bonded over the craft of filmmaking.

A variety of topics were discussed including how Indiana influenced the filmmaker’s projects.

Zac Cooper moved to Indiana two years ago and says that the accessibility to different filming locations is amazing.

Nathan Pfaff said that Indiana was his introduction to the United States when he first came here to attend Taylor University for film studies. He returned to Indiana this week to show his film, Film School Africa.

Another topic of discussion centered on conveying and controlling emotion when filming.

Skylar talked about how he prepped his actors for a charged hand-to-hand combat scene by playing on their real-life rivalry as competing actors in New York. “The day of the fight, it felt very real. Because we were filming on film we didn’t have a lot of takes, so they made each take count. There was a lot riding on them as actors, but we made sure they walked off the set as friends.” He said when it comes to filming scenes like that, “Let them (the actors) go at it and hopefully the camera will catch the realness.”

Bryan Maurer, director of In the Wake of Ire, talked about showing the heavy subjects of abuse in a family and alcoholism in his film, “We took the lead actors and in four days had them have several fights and a divorce. The actors were really emotionally charged after those four days. It is important to let actors know what they are walking into and give them a safety net. A heavy storyline is exhausting for everyone.” He went on to talk about making sure the actors have breaks from each other and that they have moment to enjoy each other.

The final topic discussed was about film festivals themselves. Several of the filmmakers weighed in on their favorite film festivals and how to pick what to watch when attending a festival.

“I like going to shorts blocks,” one filmmaker commented, “you can see thirty films in the time it takes to watch three feature length films.”

Zorinah Juan said that she preferred to watch films with strong female leads and diversity. “People are surprised that there are so many women who can fulfill the lead roles. I now scour the credits to look for women.” She went on to talk about women in lead roles growing in the filmmaking world and her own experience creating a project with an all-female crew, “We’re professionals, but in this film, they needed to bump it up and fill key roles that they aren’t given the opportunity to do in their normal jobs. If given the chance, they could fill those key roles and be successful. (I) want to be able to build their resumes and get them more exposure.”

The Indy Film Fest is an amazing opportunity to meet these incredibly talented people. Be sure to attend shows and meet the creators behind the projects after the screenings.

To see a full lineup of screenings and order tickets for the Indy Film Fest, click here.