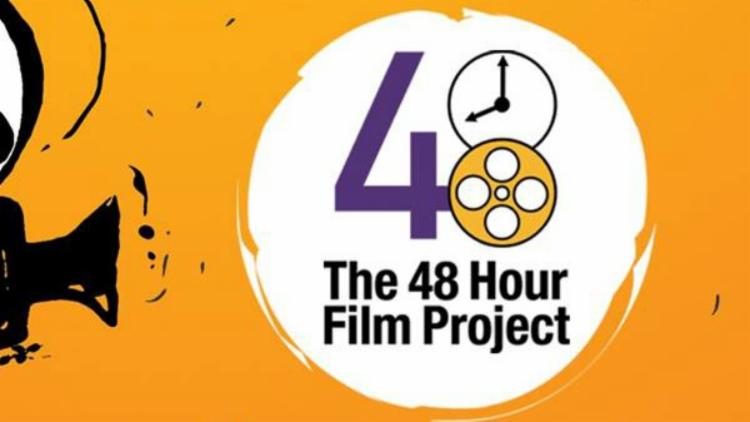 The Indy Film Fest inspires, strengthens, and encourages filmmaking in the Hoosier state. It gives rising filmmaker’s the chance to showcase their work and be recognized.

One of the major highlights of the week was the two-night premiere of locally made short films. These films were completed from the conception of the plot to the final touches of the editing process all within 48 hours.

A number of teams completed this difficult task and experienced the coveted reward of viewing their film on a big screen in front of a real, live audience.

While attending, you could certainly tell--Indiana has talent. The room was full of laughter, excited chatter, congratulations, and awe as each short film played—each team thrilled to see their work on the big screen.

According to competition rules, each team is randomly given a genre of film and then must include a certain prop, a certain character, and a certain line of dialogue in their film. They don’t know any of this information until the clock starts on their 48 hour deadline.

It was incredible to see the array of short films that were produced based off the same criteria. From comedies and heart-warming stories to thrillers and horror—each film had the underlying rules to abide by. Some teams embraced the prop and character while other teams let them take the back seat to the overall plot. Each film was unique and displayed the filmmaker’s own style and point of view.

During the intermission, I chatted with one of the contestants of this year’s competition, Matt Kerkhoff. His film, Fitting In showed on the first night of the competition and was a thriller revolving around a house where people either fit in or were eliminated. His mandatory prop was a keychain, his character was a plumber named Tom Browning, and his line was, “I can’t hear you.”

When asked what appealed to him about this competition he said, “I like that it has a deadline. I have been wanting to make a film from start to finish and just never got it done. I like that this had a clear start and end date and that while I was working on it, I knew that other teams were doing the same thing at the exact same time throughout Indianapolis.” The run against the clock can be exciting but can also cause problems with equipment failure and unexpected delays. Matt’s words of wisdom for future 48 hour filmmakers, “Keep it simple. Simple and clean is better than trying to do too much.”

Among the films that showed were successes such as Audience Award winners, The Tornado and The Social Roulette. First place winner for the 2017 48 Film Project was, Sync or Swim, second place was the short-film, Knock Knock, and third place went to the film, The Tornado.

To learn more about the 48 Hour Film Project click here.

Click here to learn about the 48 Hour Film Project process from a veteran filmmaker’s view.