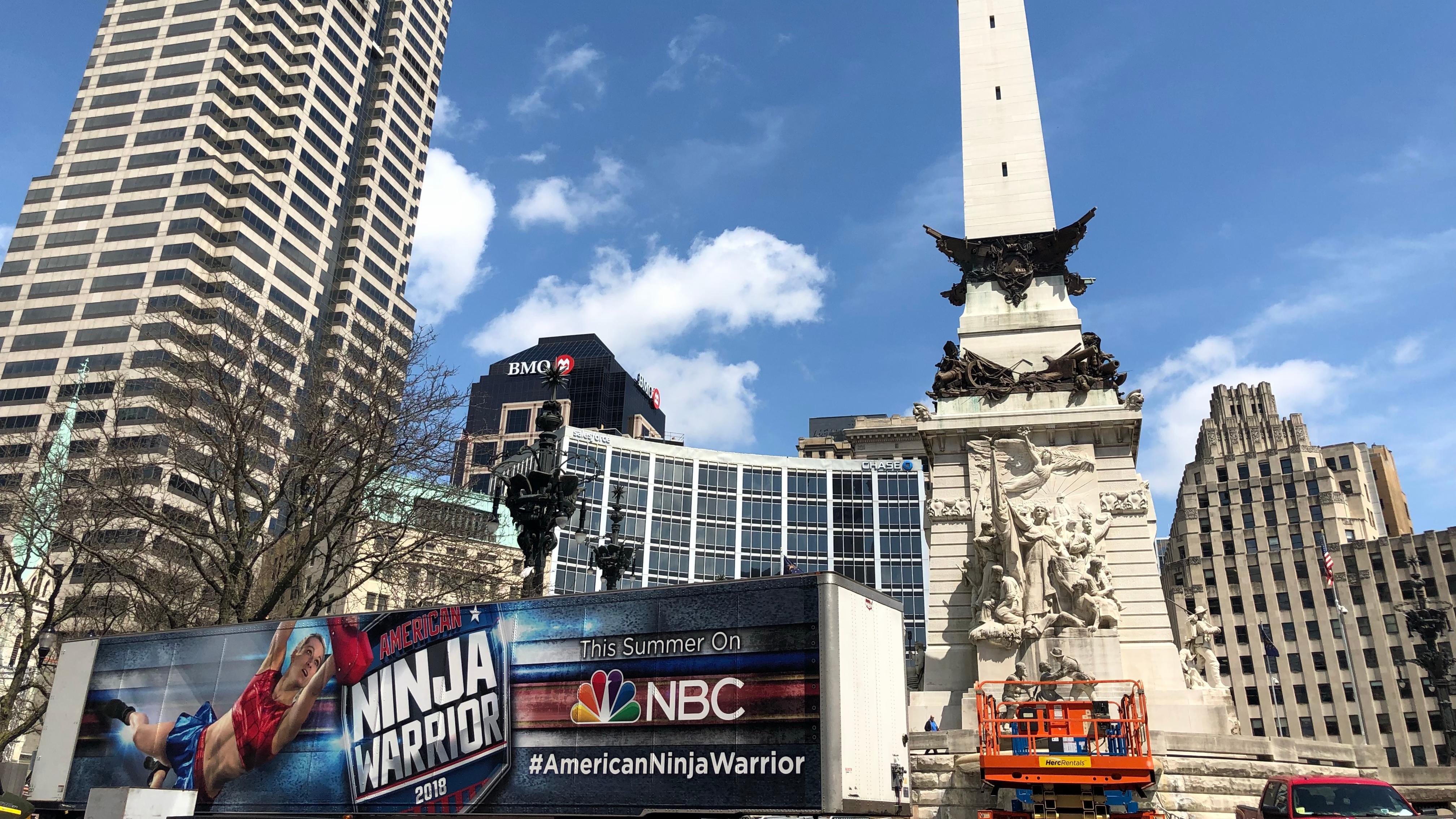 Excitement builds as the American Ninja Warrior crew begins to set the course for this weekend’s taping. Ninjas from all over the state will come to compete on the obstacle course right on the Circle of Downtown Indy. Here’s what you need to know to be ninja ready:

Want to be a Ninja?:

Think you have what it takes to face the warped wall? On Friday, April 27th, from 10am-2pm at University Park you can audition to be a walk-on ninja! There is no sign-up required. Go to the park between those hours and someone will direct you to audition for a chance to run the course this weekend!

On Sunday and Monday night, during the taping, you can watch the ninjas take a shot at running the course from the outer edges of the Circle downtown. Even without a ticket, you will be able to watch them run parts of the course. Filming will begin each night (April 29th and April 30th) after sundown and will go late into each night. We're expecting clear skies--but you never know in Indiana!