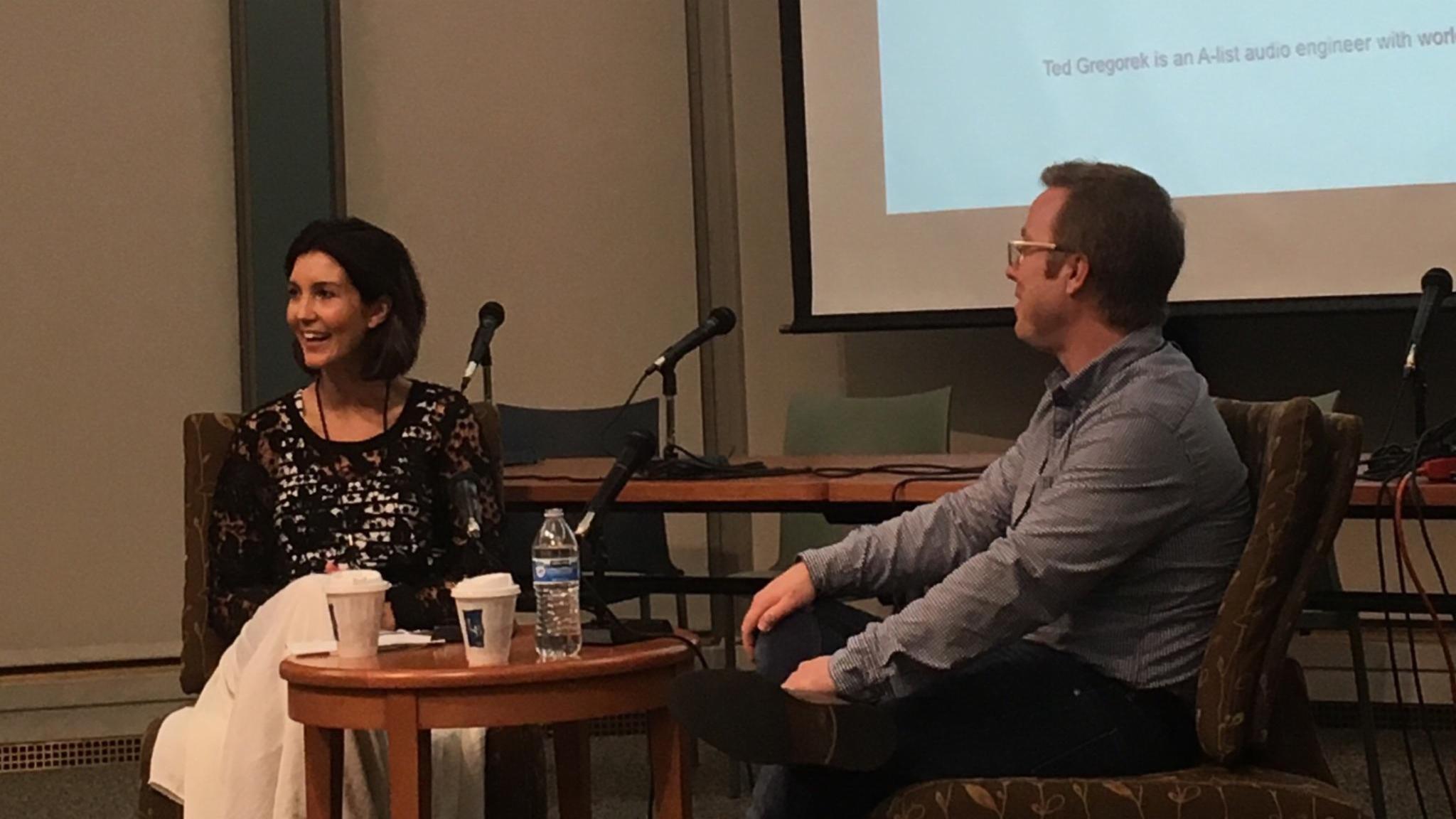 Saturday night, our Film Commissioner, Teresa Sabatine hosted a Q&A with Hollywood executive Jeremy Whitman. Teresa proudly stated that she contacted him because, “one of our own went out and made it and that’s always a story we need to hear."

Jeremy works as a development executive. “My job is taking an idea from the pitch to the screen. I’ve worked in this area for over fifteen years and it’s a very nurturing process.”

During the Q&A Jeremy talked about his journey, “I got my interest in film when my family went to Universal Studios for a tour when I was young. At my last job before this, my office was 100 feet from where I went on that tour.” Jeremy also credited his Indiana high school with encouraging his creativity. “From a young age, I would tell stories to my brother, record videos, and make movies, and I wrote a play that was performed at my high school, North Central. All four students who participated in writing plays are all now in Hollywood.”

Jeremy is currently working on a revival of the 1981 television show Starcade, a game show about competitive gaming. Whitman said the amazing storytelling in gaming, as well as the popularity of competitive gaming, drew him to the idea of a revival. “I reached out to the creator of the show and we hit it off. He told me to go for it.” Whitman is continuing to ramp up interest to create a fan base for the show, which can be difficult. Teresa agreed, saying, “Even when you’re on the inside in Hollywood, there’s so much work involved.”

After the Q & A, a group of local filmmakers joined Teresa and Jeremy for a panel discussion: Chris Overpeck (Indy Film Fest Board President), Jon Schnepp (Director, Producer, Animator), and Marissa Vonn (Producer for HGTV’s Good Bones). The discussion between filmmakers informed and encouraged aspiring filmmakers in attendance.

Teresa talked with Marissa about her experience with projects based in Indiana.

Marissa: “The talent lives here, which brought the show here. HGTV and reality television can work around the lack of tax incentives in Indiana because they’re cheaper to make.”

Jon has worked on his own independent projects in Indiana.

Teresa: “Jon, what’s your experience with financing your independent projects?”

Jon: “I’ve used Kickstarter for my two big projects, which is great for getting pre-orders. I’ve also worked with media conglomerates when I want to make things for the masses. Some Kickstarters I’ve made have been unsuccessful and that’s okay. It just means I need to find a new way to address it.”

Chris discussed how films are selected for his festival.

Teresa: “Chris, how does a film get in the festival circuit? How does that work for the Indy Film Fest?”

Chris: “For a lot of films, the festival is the goal—just getting your film in a bunch of festivals. But being in a festival is a great way to pick up distribution.”

Teresa cautioned the audience: “I’ve been on the festival circuit. You really have to think about the cost of submitting a film to a festival, and the cost of flying out there. Sometimes you get accepted into festivals you never could have expected. I got accepted into one in Budapest!”

Jeremy has lived in California the past few years, but still uses any excuse to come back to Indiana.

Teresa: “Jeremy, what would it take to bring you back to Indiana?”

Jeremy: “Is that an offer? I would love to be back. But it’s very hard to compete without the tax incentives that are in big film cities such as Los Angeles, New York, or Atlanta. But without the incentives, having a fully financed film helps.”

Teresa: “Shows that take place in Indiana work to promote tourism, but we also need the tax incentives to bring in more business, which I am fighting for now.”

Teresa ended the discussion by thanking all the panelists and saying how much she appreciated bringing talented people together to discuss and collaborate.

For more ways to get involved with film projects in Indy, fill out the crew application on our website to be in a database for future projects: filmindy.com/crew