Hollywood Comes to the Indianapolis Motor Speedway
May 26, 2017 • Caitlin Flowers 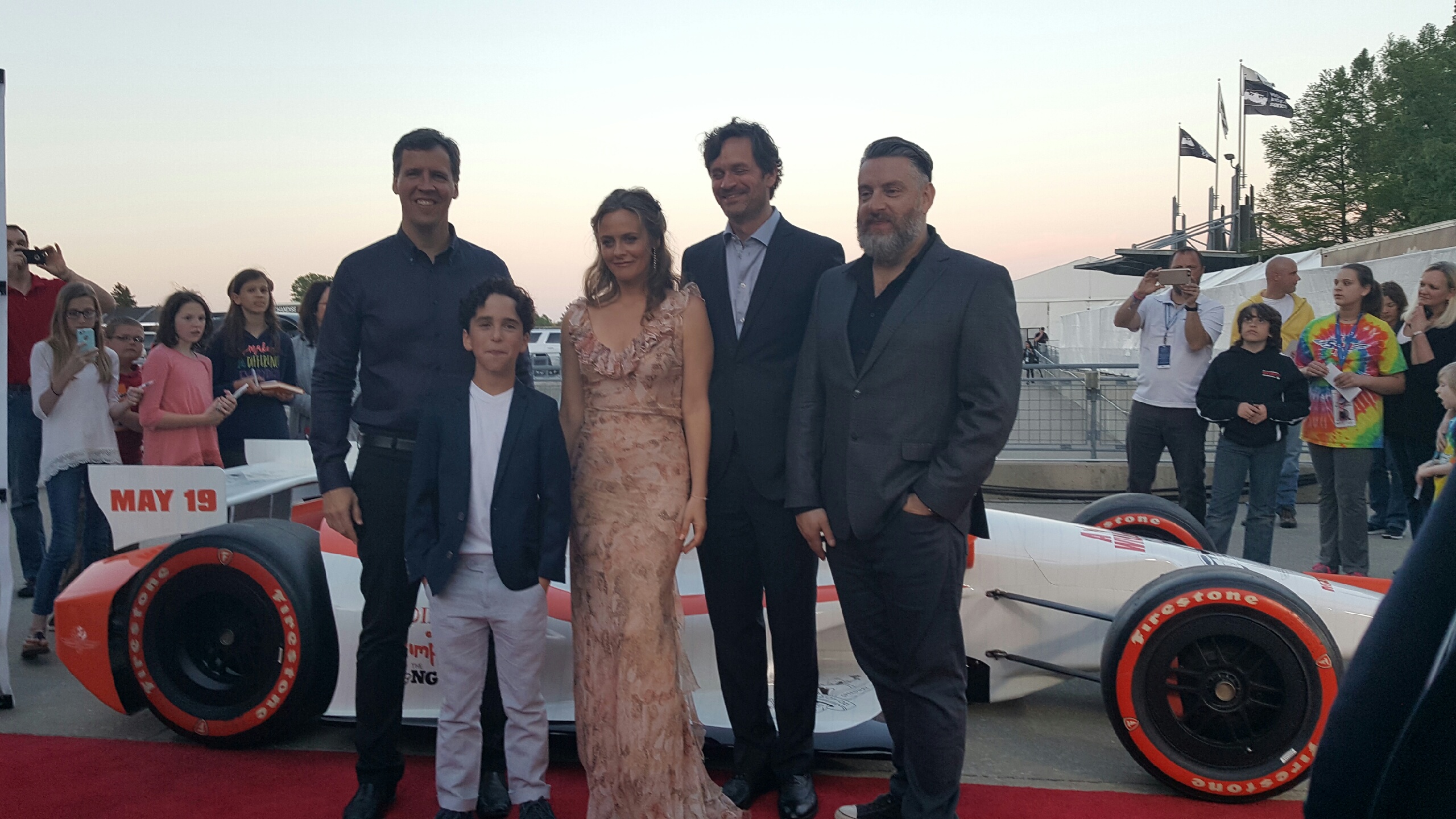 No, we aren’t just talking about the stars of the film attending the infamous Indy 500. The Speedway rolled out the red carpet for an exclusive premiere of, Diary of a Wimpy Kid: The Long Haul. Verdict? Greg Heffley is back in a film with more gags and action than ever before.

Attendees of the event were just inches away from Actors Alicia Silverstone (Clueless), Tom Everett Scott (That Thing You Do), and Jason Drucker. Silverstone and Scott, playing Greg Heffley’s Mom and Dad, have established themselves in various roles over the years, whereas playing Greg is Drucker’s breakout role. David Bowers, who also directed the second and third film installment of the series, attended the event, along with author and screenplay writer, Jeff Kinney.

For this family event, Silverstone, Scott, and Bowers brought their children onto the red carpet. The stars’ kids were pros, jumping in to answer interview questions and unflinching under the paparazzi flashes. Silverstone even admitted that this would be her son’s first time seeing a movie in a theatre. The cast seemed most excited to have their families along to share the unique experience together. The fans in attendance were primarily families, as parents and children alike can appreciate the humor and slapstick in the film. Most parents remember Silverstone as Cher in the iconic 90’s film Clueless, and jockeyed in line for photos and autographs. Underneath the famed Pagoda of the Indy Motor Speedway, the kids showed off their best dance moves to the pre-show music, waiting for the movie to play on the enormous screen in the center of the track.

Indianapolis may have played a secondary role in the film but its presence can’t be missed! The Heffley family travels to Indiana for Meemaw’s 90th birthday, as loads of road trip shenanigans ensue along the way. The trip features a county fair with plenty of farm folk, backed-up traffic causing an off-route adventure, and a convention taking place right here in Indianapolis. As the set of the movie, it only feels appropriate to show Indianapolis the first screening of the film.

At the height of race season, the most thrilling place to be is on the track of the Indianapolis Motor Speedway. Viewing the film outdoors with Indianapolis families and the cast felt as intimate as viewing it at home. At the event, each worker went above and beyond to make sure we received the best treatment. The Hoosier hospitality of the track workers shined throughout the entire event.

The Diary of a Wimpy Kid: The Long Haul was a fun kickoff to the month-long of events at the Indianapolis Motor Speedway leading up to the Indy 500. You won’t want to miss what’s coming next to the track!

For more exciting events, check out our News section at filmindy.com.