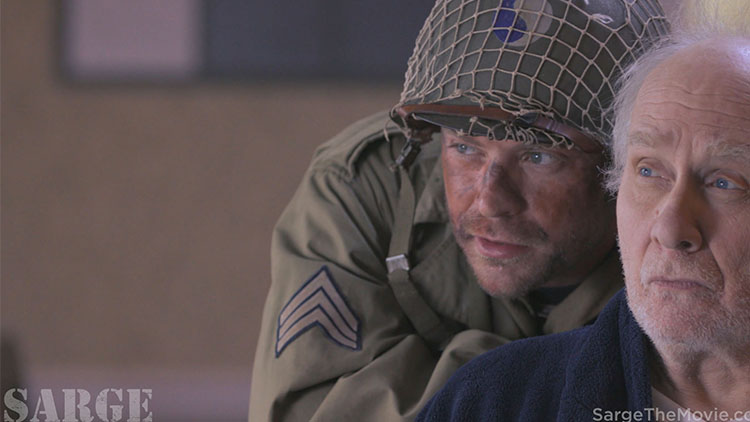 Local talents collaborated to create a short-film, Sarge, bringing awareness for both PTSD and dementia. The short-film premieres tomorrow, May 24th, on-line. To watch this awarded film, visit: www.sargethemovie.com.

The film comes from a personal area for director, Benjamin Dewhurst having taken care of his own grandparents, who lived in a nursing home. Ben talks about his motivation for this film, “In speaking to veterans like my grandfather, I grew up with a sense of pride in those who have served our country. Many of my closest friends have served and are still serving today. I wanted to capture some of the essence of an authentic WWII G.I. with this film, as well as the horror of war – and what it means to relive the war when suffering with post-traumatic stress disorder. SARGE explores its triggers, and its connection to dementia later in life.”

Sarge received several awards during its film festival circuit, including Best Drama at the Saint Louis Filmmaker’s Showcase and the Best Music award at the Reading International Film Festival.

To view Sarge and to learn more about this project visit, www.sargethemovie.com.