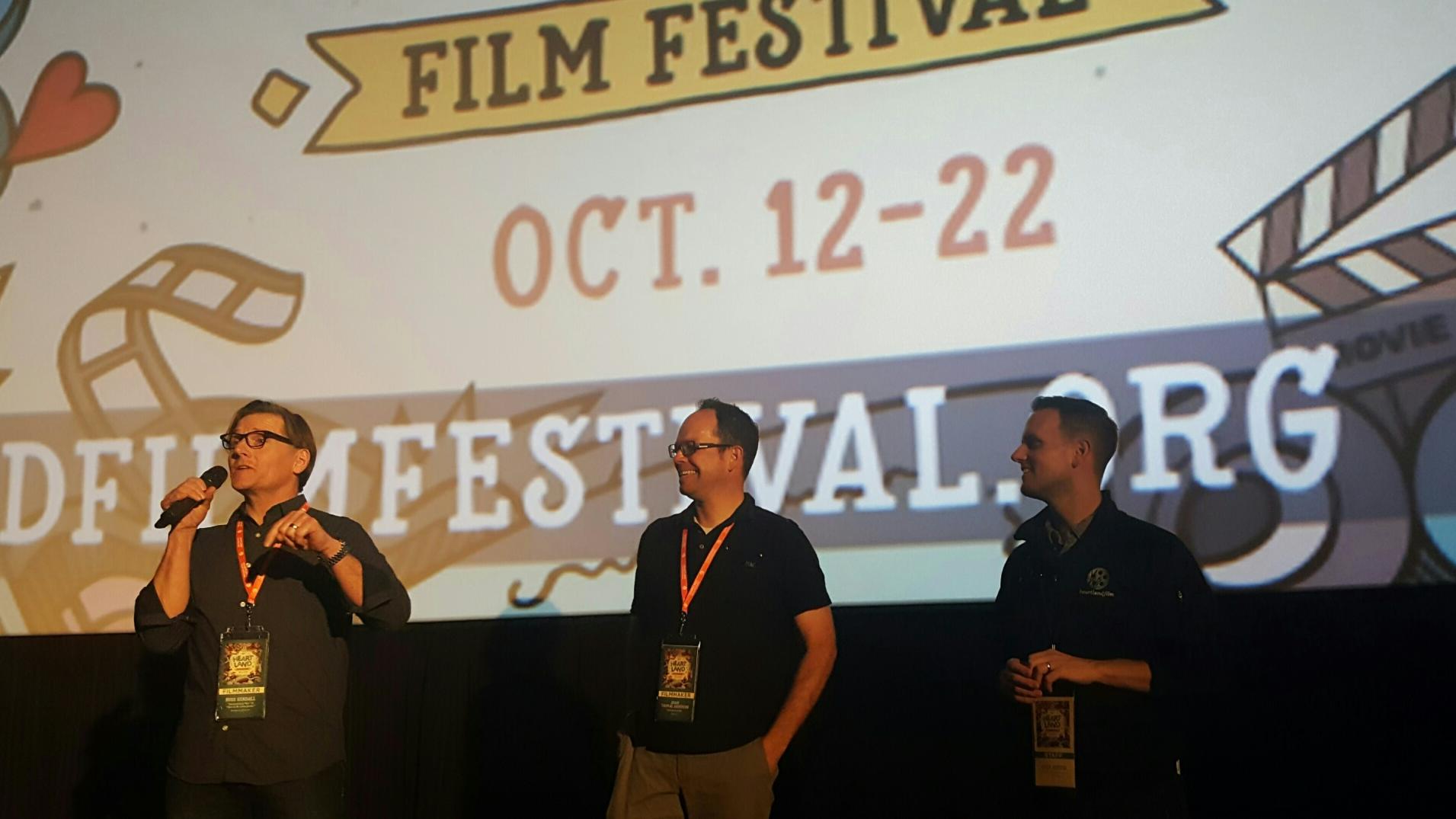 Instrument of War is an incredible film full of humor and meaningful moments. The story follows POWs in a German POW camp. They find ways to cope with the loneliness and boredom while waiting for the day that they will be released. One American soldier, Clair Cline (played by Jack Ashton) decides to build a violin using whatever he can find, barter for, and steal around the POW camp. The rest of the camp joins him in this project. They must go up against the German soldiers who keep stopping their efforts.

This film has an authentic quality showing the daily struggles of the POW life. It also shows that there is a human inside of everyone. Throughout the story you see men from every part of the world struggle with real issues. Both the “bad guys” and “good guys” go through hardships and process them in different ways.

This film will leave you touched as you see a group of men from all parts of the world come together during a dark time in history.

After the world-debut showing of the film at the 2017 Heartland Film Festival the director and producer answered questions and held an opening night after-party for their film.

The producer of the film, Russ Kendall, commented, “I was looking for a Christmas story that was also a war story. I was searching on the internet and came across a story about an American soldier who built a violin in a POW camp and I thought, ‘I found it’.” Kendall reached out to the family of the original soldier and asked to share their dad’s story.

The entire film was filmed in Lithuania in 25 days. All of the speaking roles were performed by British actors except for the three German speaking roles which were played by German actors. The rest of the cast was played by local Lithuanians. When asked why they chose to film in Lithuania, the director, Adam Thomas Anderegg responded, “Lithuania has 20% tax incentives for films. And they are so open and welcoming to filmmakers.”

Instrument of War will be streaming Thanksgiving Night. See here for details.