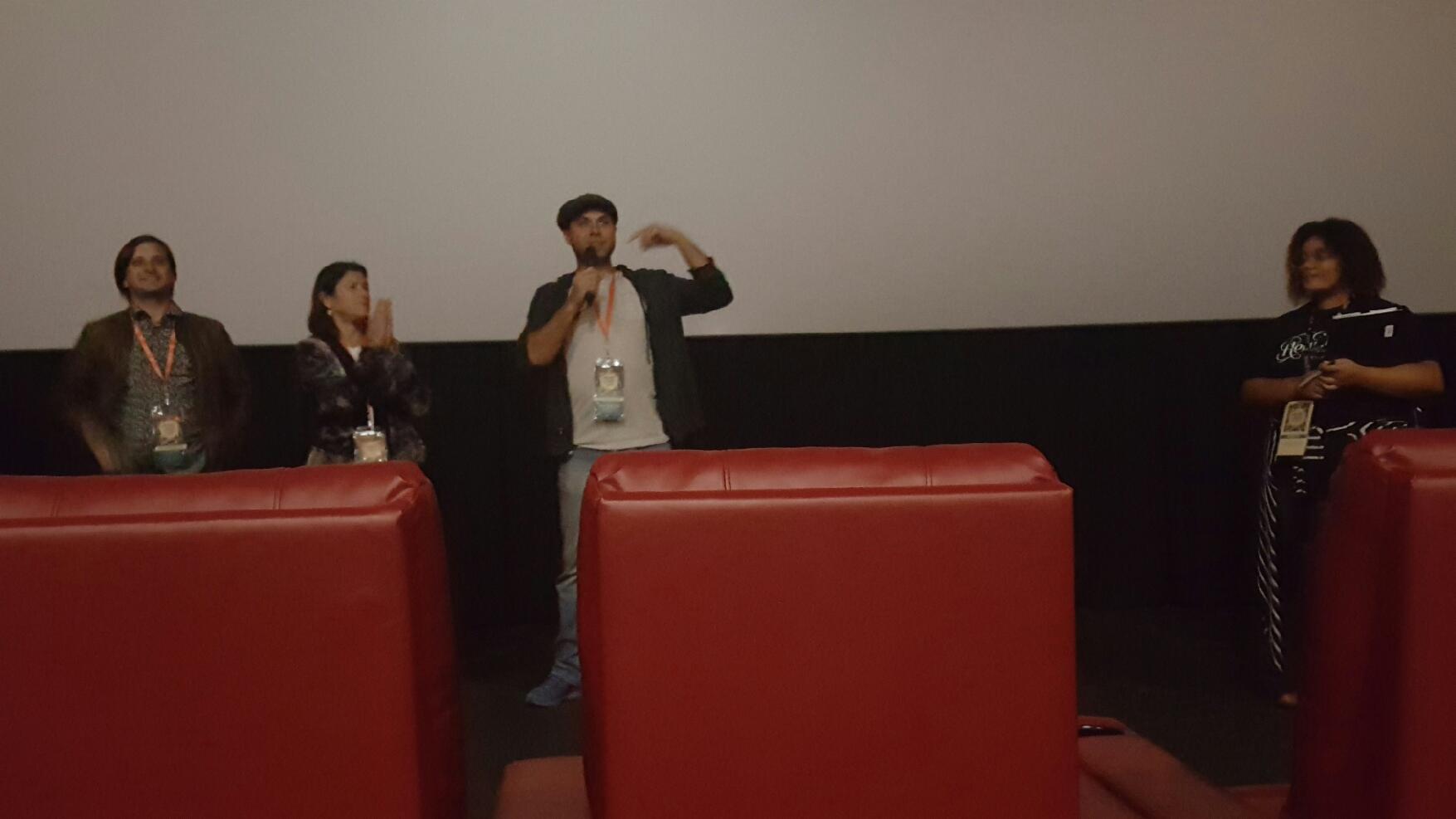 Rendezvous is a light-hearted action adventure based in the Middle East. Filmed in the country of Jordan, it is filled with beautiful back-drops and historic sites.

The film follows Rachel, a doctor in LA. She is hit with the news of her brothers’ sudden death in Jordan. She must accompany State Department employee, Jake, to identify her only relative’s remains.

While there, she discovers that her brother was caught up in more than he was telling. Rachel (played by Stana Katic) begins re-tracing her brother’s last days while Jake (played by Raza Jaffrey) does everything he can to return Rachel to America in one piece.

The film is full of witty humor and action sequences as you fall in love with Rachel and Jake. The characters are authentic as you see Rachel struggle with the grief of losing her brother and the drive to find answers to the questions surrounding his death.

After the premiere of the film, the director, writer/producer, and actor answered questions during a Q&A. The writer, Sarah Isaias, talked about her book which this movie was based off of. This was her first time producing a film and talked about working with a small budget and getting what you can out of each experience.

“The country of Jordan welcomes American films crews,” she comments, “There is a large film industry in Jordan.” They were able to gain access to incredible and historic filming locations by being flexible and working around tourist groups.

This was a very personal project for director, Amin Matalqa, “On the 27th day of filming, I received word that my wife was dying from an illness she had been battling. I flew home and was with her when she passed. Before she died, I wrote her a piece of music which the composer incorporated into the end credits song.” They also incorporated pictures of his wife and clips of her voice throughout the entire film. “This project is special to me because it is the last project my wife and I shared.”

If you are looking for a fun, light film filled with action, watch The Rendezvous.