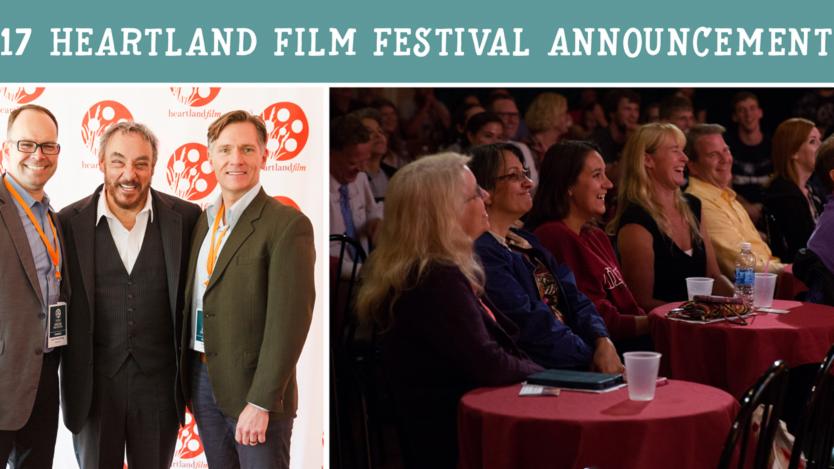 If you’re like me, you’ve been counting down the days since the last Heartland Film Festival. The wait is over. The schedule for Heartland's 2017 season looks better than ever! Filmmakers from across the globe submitted over 3,533 films, more than a thousand more from last year.

Kicking off the eleven-day festival is Rob Reiner—yes, the man behind Spinal Tap, The Princess Bride, Stand By Me and more—coming to Indy to promote his new film, LBJ. The film takes a look at the life of President Lyndon B. Johnson and his time in office following the assassination of President Kennedy. Woody Harrelson takes on the role of Johnson. Just in case this screening doesn’t sound amazing enough, Josh Kaufman of The Voice is performing at the after-party.

Opening night won’t be the last you see of Rob Reiner. Heartland is featuring retrospective screenings of The Princess Bride and Stand By Me, with a panel with Rob after. Buy your tickets now, this one will sell out fast!

The esteemed Closing Night film is Laddie: The Man Behind the Movies, a film giving an inside look into the life of movie mogul Alan Ladd Jr., who green lit movies such as Star Wars, Blade Runner, Alien, and more. What’s truly special about this movie is its director: Ladd’s daughter Amanda Ladd Jones who made this film as a tribute to her father.

With 16 World/U.S. Premieres and tons of after-party events, this year’s Heartland Film Festival could be the best one yet. More special presentations include:

As a native Hoosier and a lover of films, the Heartland Film Festival is one of my favorite parts of the year. Visit Heartland’s website to buy tickets and get more information about all the incredible films coming soon to Indianapolis.